Do you want to segment and visualize your data on postal code level? It is possible with this 4-digit postal code map of Belgium and our dashboarding solutions. Whether you want to visualize the number of customers on postal code level or assign sales areas. With Spotzi, you have access to easy-to-use tools and dashboards to create insightful data visualizations.
These postal code boundaries of Belgium are developed by Spotzi based on the address data of that particular country and are part of Spotzi Location.

This map depicts the boundaries of all 4-digit postal code areas in Belgium. This Belgian postal code system is developed by the Belgian national postal service (Bpost) for a more efficient segmentation of Belgium. With this system each Belgian region gets a unique code and locations can be found easily.

The Postal Code Maps are part of Spotzi Location. However, Spotzi Studio users can sync the maps with popular software like Tableau, Esri and other BI and GIS tools.

The Postal Code Boundaries follow natural boundaries such as buildings, streets, roads, railways and water. We update the boundaries when new postal codes are available. 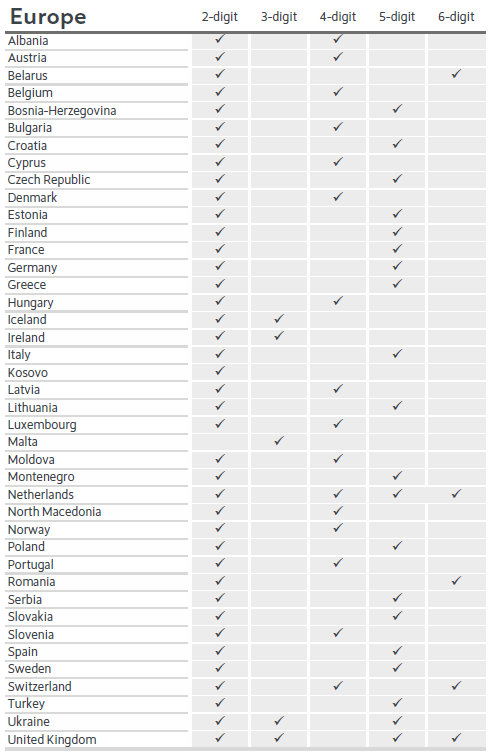